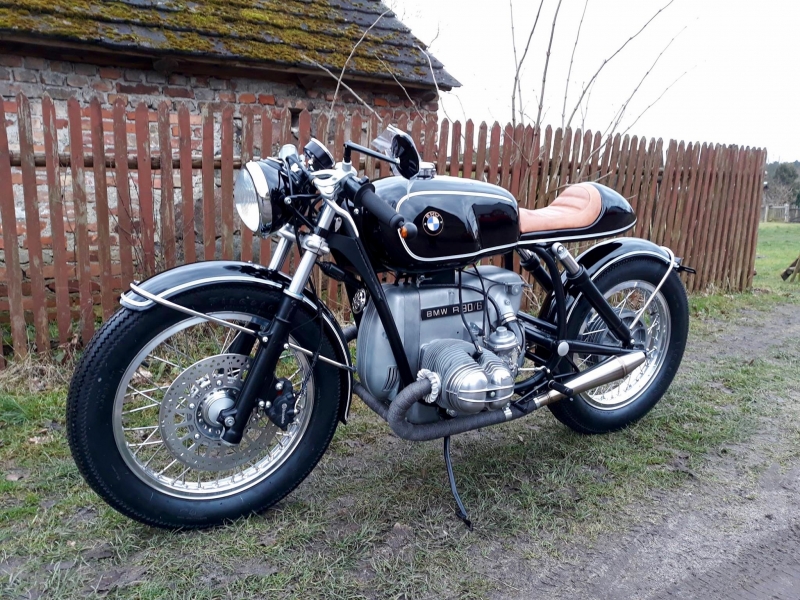 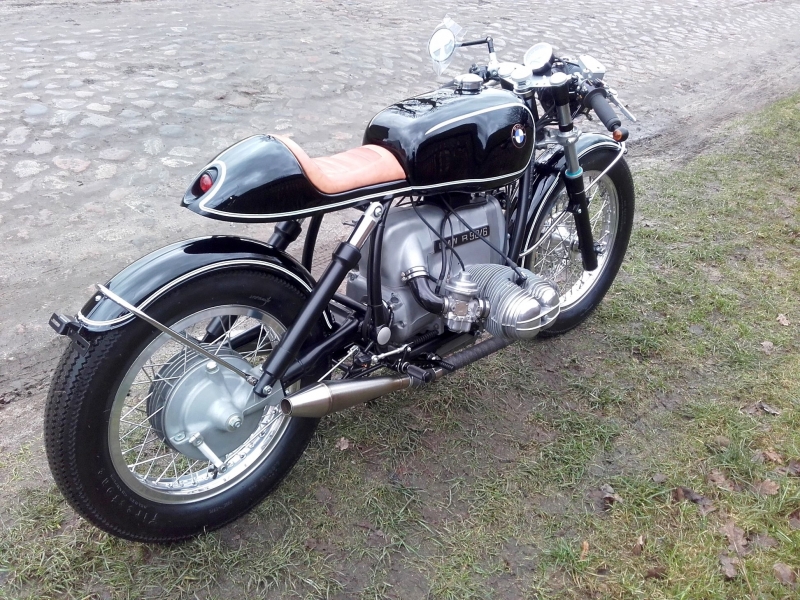 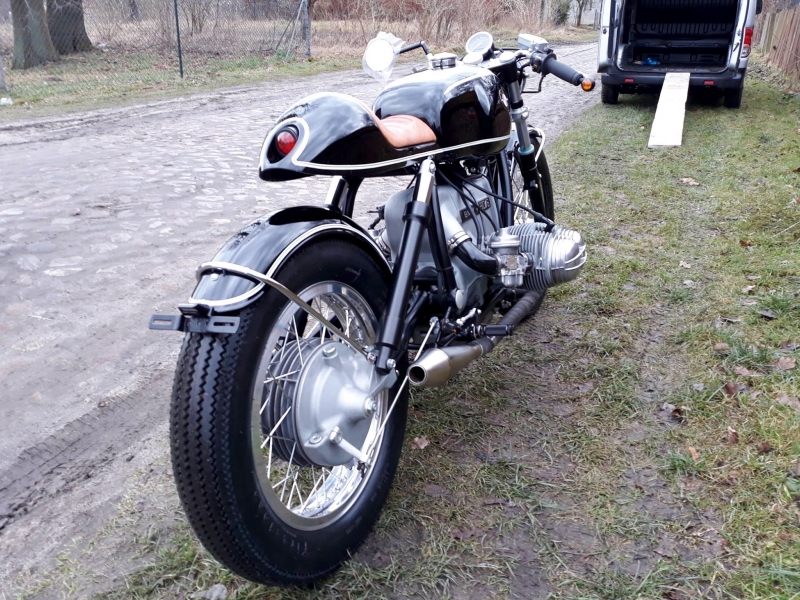 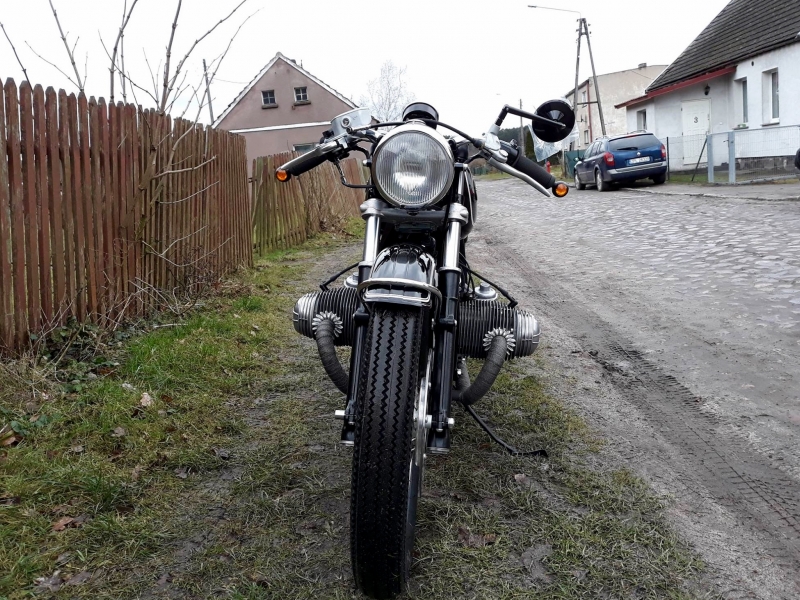 Beschreibung
They talk about him Black Elephant, initially it was supposed to be a simple project but we sailed and the shore was getting farther away. The project base was tired boxer BMW R90/6 '74. We decided it was not supposed to be like new, it's new. The second assumption of the project was to create the most classic shape cafe racer. Initially, the work was estimated at three and a half months however, the whole lasted five and a half months. In the motorcycle has been used many new parts i.a.: wheel rims Borani, speedo Motogadget, tyre Firestone, new brake disc and Brembo clamp, new modified steering wheel Tomaselli, new power source of lithium, new front lamp Lucas and many other small additions. Exhaust system has been designed by us and works on two frequencies of 79db and 96db. The front wheel was borrowed from Triumph. The front suspension has been modified to connect with the new Brembo caliper. The suspension has also been shortened to get the right line. The steering equipment was also new, partly comes from Kawasaki KZ and Kawasaki ER. The rear fairing has been made by us so that it fits all the rest. The fuel tank has been adapted from Moto Guzzi, and has been adapted to the frame. The engine, transmission, differential have been dismantled to the last bolt. Engine heads have been adapted to modern fuel. One of the biggest challenges was matching the hardness of the rear suspension from Yamaha Majesty. The idea is that the motorcycle rides well and not only looks good. Harder springs have been made. After these treatments, the whole works great. The motorcycle is still comfortable and it sticks perfectly to the road- We have added a new steering wheel damper to the whole. All silver visible parts are made of aluminum and they were glass blasted. We decided not to add too many chrome additives not to overdo it too much. The saddle was made by us and is covered with a natural calf. The fenders come from BMW and have been adapted - Do you like the equipment? You must evaluate it yourself... ;-) 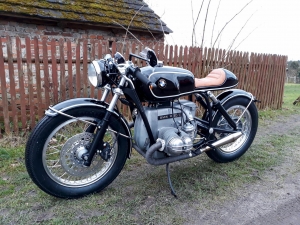 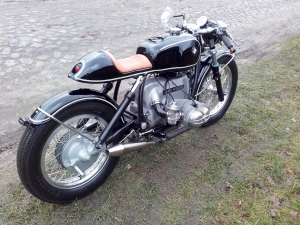 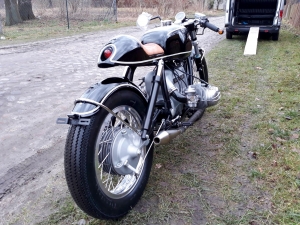 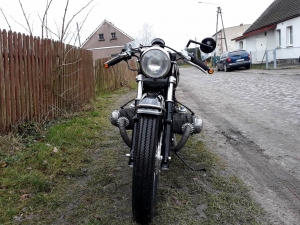